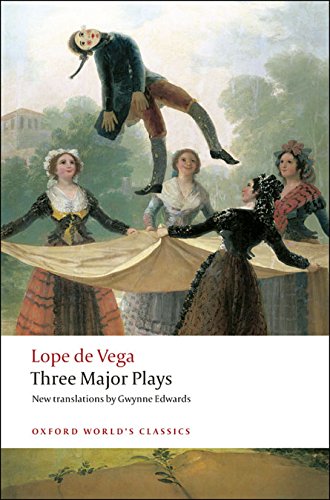 Lope de Vega (1562-1635), widely regarded as the architect of the drama of the Spanish Golden Age, was known by his contemporaries as the `monster of Nature' on account of his creativity as a playwright. Claiming to have written more than a thousand plays, he created plots and characters notable for their energy, inventiveness and dramatic power, and which, in contrast to French classical drama, combine the serious and the comic in their desire to imitate life. Fuente Ovejuna, based on Spanish history, and revealing how tyranny leads to rebelliion, is perhaps his best-known play. The Knight from Olmedo is a moving dramatization of impetuous and youthful passion which ends in death. Punishment without Revenge, Lope's most powerful tragedy, centres on the illicit relationship of a young wife with her stepson and the revenge of a dishonoured husband. These three plays, grouped here in translations which are faithful to the original Spanish, vivid and intended for performance, embody the very best of Lope's dramatic art.

ABOUT THE SERIES: For over 100 years Oxford World's Classics has made available the widest range of literature from around the globe. Each affordable volume reflects Oxford's commitment to scholarship, providing the most accurate text plus a wealth of other valuable features, including expert introductions by leading authorities, helpful notes to clarify the text, up-to-date bibliographies for further study, and much more.


Gwynne Edwards is Professor of Spanish at the University of Wales, Aberystwyth.