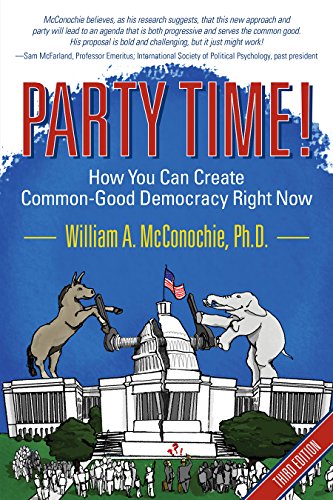 Ninety percent of Americans would prefer government that serves them not as members of competing special interest groups, but as members of the community overall. The liberal and conservative worldviews differentiate humans around the world on dozens of psychological traits, such as attitudes about war and peace, fundamentalist and kindly religious beliefs, public health care and preferred types of government leadership. However, paradoxically, on these same dimensions of political discourse, strong liberals and strong conservatives as groups are actually very close together. If humans don't destroy their environment but live for millennia to come, their governments will eventually evolve into a new form of democracy that serves not special interest groups primarily but rather the common good. The book summarizes research that leads to this prediction and details how local citizens can immediately create a new kind of political party that unites the majority of liberals and conservatives to this end.