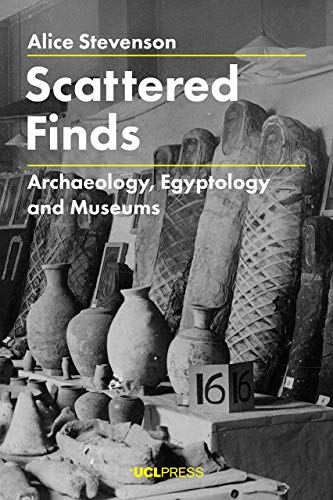 Reseña del editor Between the 1880s and 1980s, British excavations at locations across Egypt resulted in the discovery of hundreds of thousands of ancient objects that were subsequently sent to some 350 institutions worldwide. These finds included unique discoveries at iconic sites such as the tombs of ancient Egypt’s first rulers at Abydos, Akhenaten, and Nefertiti’s city of Tell el-Amarna and rich Roman Era burials in the Fayum. This book explores the politics, personalities, and social histories that linked fieldwork in Egypt with the varied organizations around the world that received finds. Case studies range from Victorian municipal museums and women’s suffrage campaigns in the United Kingdom to the development of some of the United States’s largest institutions, and from university museums in Japan to new institutions in post-independence Ghana. By juxtaposing a diversity of sites for the reception of Egyptian cultural heritage over the period of a century, this book presents new ideas about the development of archaeology, museums and the construction of Egyptian heritage. It also addresses the legacy of these practices, raises questions about the nature of the authority over such heritage today and argues for a stronger ethical commitment to its stewardship.   Biografía del autor Alice Stevenson is the Curator of the Petrie Museum of Egyptian Archaeology, UCL. She was previously Researcher in World Archaeology at the Pitt Rivers Museum. Her academic specialisation is Predynastic and Early Dynastic Egyptian archaeology, but she has a broad range of interests including the history of archaeology, anthropology and museums. She has written and co-edited many works.