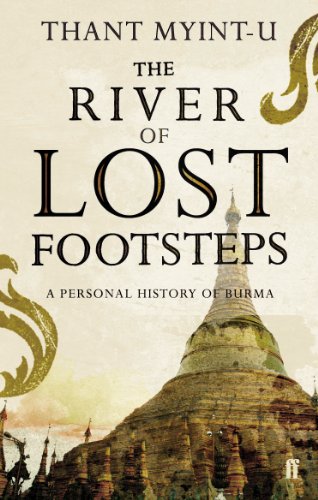 Burma is currently ruled by a harsh dictatorship unmoved by Western activists and sanctions. It is also the sight of the longest-running conflict in the world. Drawing both on his own family's stories and his years of hands-on political experience working with the United Nations, Thant Myint-U has written an illuminating account of how Burma's rich past informs its violent present, and of how the world might transform the country's future.

In The River of Lost Footsteps, Thant Myint-U tells the story of modern Burma, in part through a telling of his own family's history, in an interwoven narrative that is by turns lyrical, dramatic, and appalling. His maternal grandfather, U Thant, rose from being the schoolmaster of a small town in the Irrawaddy Delta to become the UN secretary-general in the 1960s. And on his father's side, the author is descended from a long line of courtiers who served at Burma's Court of Ava for nearly two centuries. Through their stories and others, he portrays Burma's rise and decline in the modern world, from the time of Portuguese pirates and renegade Mughal princes through the decades of British colonialism, the devastation of World War II, a sixty-year civil war that continues today, military repression and the immergence of Nobel Prize laureate Aung San Suu Kyi.

The River of Lost Footsteps is a work both personal and global, a distinctive contribution that makes Burma accessible and enthralling. Thant Myint-U is the author of Where China Meets India and has written articles for the New York Times, the Washington Post and the New Statesman.