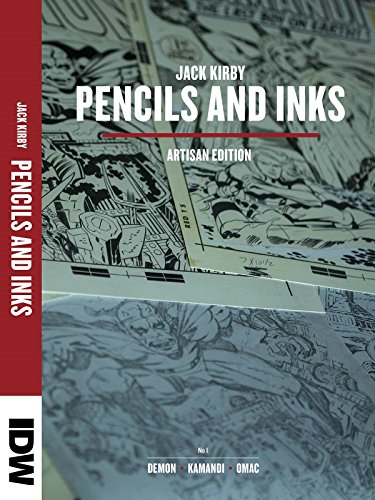 Jack Kirby has been called the King of Comics, and rightfully so. For more than 40 years he was the most vital and groundbreaking artist in the medium. There have been dozens of books on Kirby over the years, including several oversized Artist's Editions showcasing his original art. This book will present Kirby's art in a new and unprecedented way, as side-by-side examples of his work, both in PENCIL and INK! Three Key first issues are showcased: The Demon #1, Kamandi #1 and Omac #1, along with a number of additional pieces presented. This is a perfect way to see Kirby art in its rawest form, from photocopies made from the original pencils as each page was completed, then next to it, the finished inks. We would almost call this a textbook of comic art except it's too much fun!